Olympic and Paralympic Games of Tokyo 2020

During the 125th session of the International Olympic Committee (IOC) in Buenos Aires (Argentina) on the 7th of September 2013, the city of Tokyo was chosen to host the 2020 Olympic and Paralympic Games. This decision was taken, by the whole country, with joy and excitement. Japan is going to feel again the emotions which had made vibrate the country 56 years ago during the Games of 1964.

Building on the legacy of the 1964 Tokyo Games, which completely transformed Japan, the Games of the XXXII Olympiad will be based on three fundamental principles to transform the world:

Accepting one another (unity in diversity)

Passing on a legacy for the future (connecting to tomorrow)

Nearly 10,500 athletes from more than 200 countries will compete this summer in Tokyo. The French delegation will include between 350 and 400 athletes.

The plan of the venues of the Tokyo Olympic Games is made up of two zones: the "Heritage Zone" which perpetuates the heritage of the 1964 Tokyo Games and the "Tokyo Bay Zone" which symbolizes the future of the city.

The Olympic Village is located in the center of the two large zones, which form the symbol of infinity, representing the strength of the passion of the elite athletes, the potential of future generations and the legacy of Tokyo 2021. Many existing venues will be used for the Tokyo Games, including several historic stadiums from the 1964 Games. In total, the Olympic Games will be held at 42 venues in Japan: 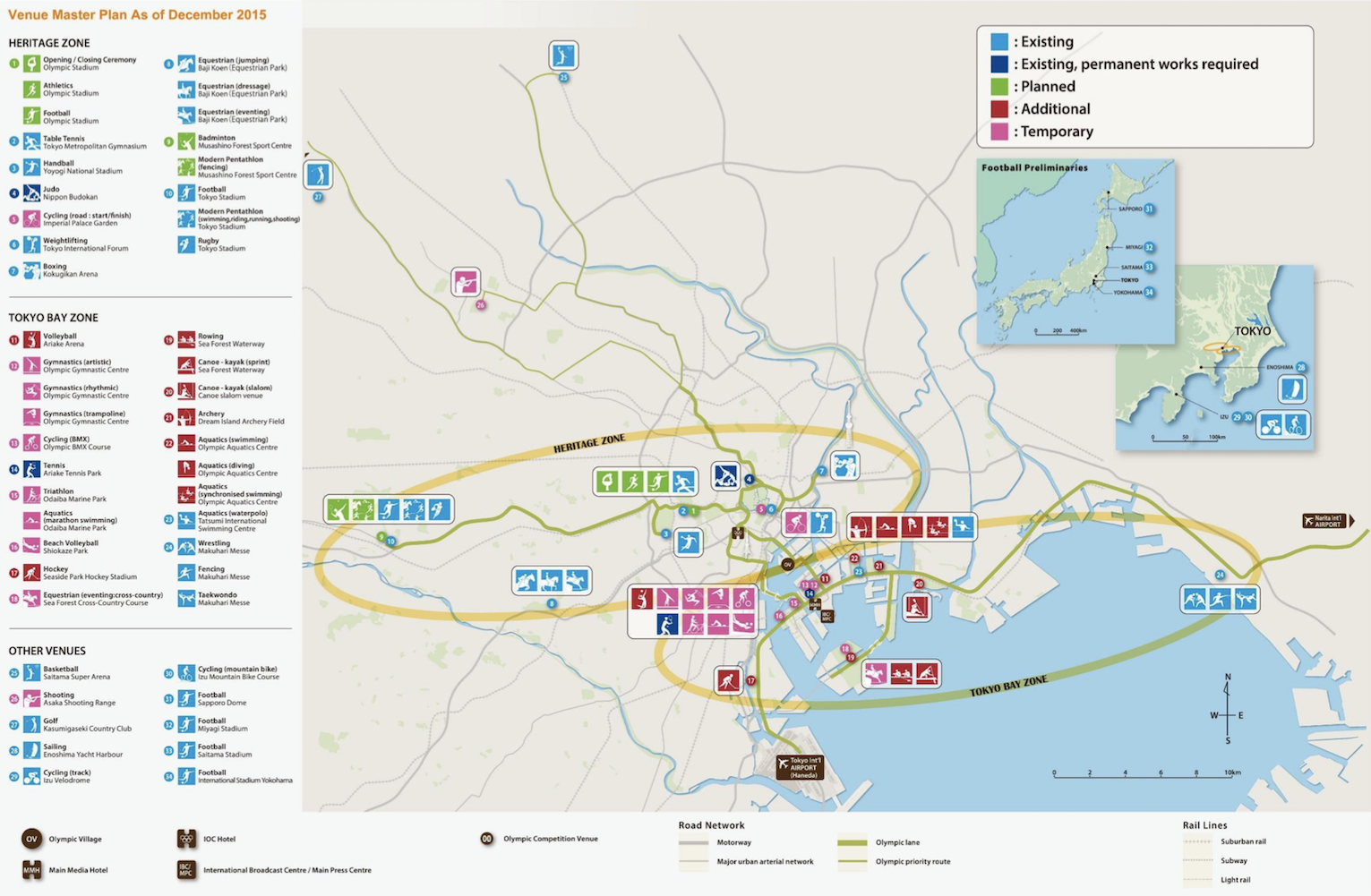 The Games in few figures

The competition schedule will be unprecedented. It will ensure equal visibility between men's and women's events. Nine mixed events are added since Rio 2016, bringing the total number of events to 18.

For the first time ever, all 206 National Olympic Committees (NOC) should have at least a female and male athlete on their respective Olympic teams.

Nearly 49% of the participating athletes will be women, according to the quota allocated by the IOC. This will be the first Games in history to respect the principle of gender balance.

From August 24 to September 5, 2021, over 4,400 athletes will be represent their country and take part in the XVI edition of the Paralympic Summer Games. During twelve days, the best Paralympic athletes in the world will compete for 540 gold medals.

The Paralympic Games are the most prestigious sports competitions in the world. They allow athletes with different disability situations to showcase their potential in all fairness.
Their challenge : how to excel on the biggest stage in a logic of performance and not of compensation. Their efforts give birth to unsuspected sports performances, move the spectators, break down stereotypes and suggest the creation of an inclusive society.

For the International Paralympic Committee (IPC), the strength hidden in each Paralympian is the very symbol of the Paralympic Games and embodies the four values that are defended there : courage, determination, inspiration and equality.